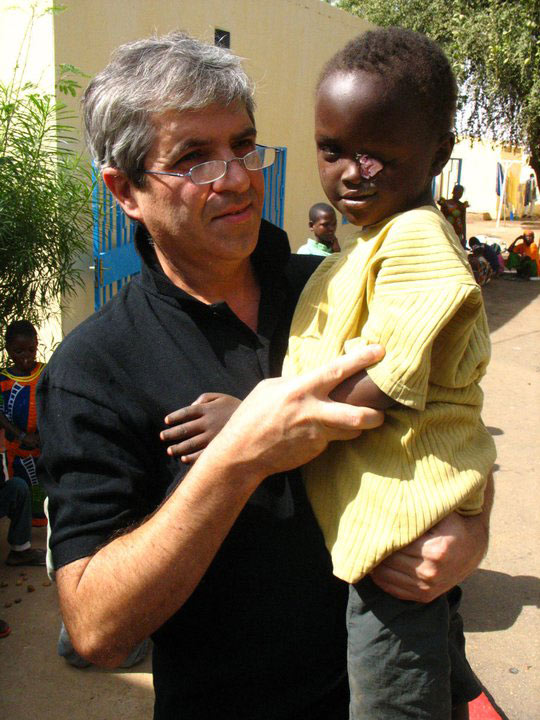 Noma Cancrum Oris is a disease described in 1800.
It occurs in underdeveloped countries, especially those in sub-Saharan countries.
There were in Europe (a few cases) sixty years ago.

It’s due to malnutrition, poor sanitation and immuno-depression. It appears after a weakening caused by infectious diseases (measles, etc..) particularly in the dry season when the hunger increases.

There are bacteria (fusobacteium necrophorum, Prevotella intermedia) and also virus present in wounds and skin of malnourished children without the disease. The children between 1 and 6 years are the most affected, it rarely hits the adult, although the increase of AIDS creates more cases.
After a couple of days of fever and diarrhea, there is an ulceration of the gums that can spread in a few days on the face, disfiguring and necrosis with a smell of putrefaction.

The survivors often lose his cheek, nose, eye and jaw.

The temporomandibular joint is blocked, so you have difficulty eating and drinking.
The survivors are victims of social exclusion.

To offer you a better experience, this site uses cookies, including those of third parties. To find out more and manage your preferences, consult the Cookie Policy.